Vernicos Group of Companies is one of the oldest existing maritime enterprises in Greece. It was founded in Constantinople in the mid 19th century under the name “BOSPHORUS” by Emmanuel N. Vernicos (1835-1915) who was born on the Island of Sifnos in the Cyclades. Its first activity was to transport people and petroleum barrels from one side of Bosphorus to the other with rowing and sailing boats. 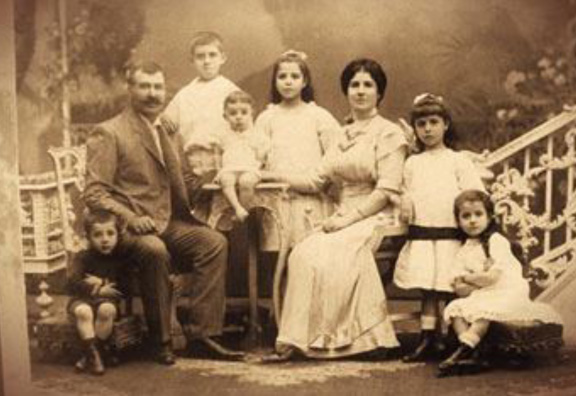 The son of Emmanuel, Nicolas E. Vernicos (1869-1947) gave the company its present name. Under its new form it operated with steam tugs offering towage services to vessels transiting the Bosphorus and later added salvage tugs to render salvage services to endangered ships in the area and in Greek waters. In 1906 Nicolas E. Vernicos purchased his first cargo ship, the S/S VARVARA ex Sofia.
After the first World War, and because of the persecution of the Greeks, Nicolas E. Vernicos brought his wife and 8 children by tug boats to Sifnos and set up his headquarters in Piraeus.
Although the Vernicos fleet was sunk during the Second World War, the company grew again with the help of Nicolas’ four sons (Emmanuel 1900-1947), Dimitri (1907-1996), Constantine (1910-1984) and Alexander (1916-1991) and became the leader in towage and salvage during the postwar years – a position it still maintains today in the 21st century in harbour towage.
This historic group of shipping companies is run today by the fifth generation of the Vernicos family, who have developed in ocean going shipping, and successfully diversified in professional yachting, tourism and other maritime, civil aviation and on-shore activities and financial services.

It is our goal to maintain a versatile and reliable fleet and to render our services throughout the industry cycles.