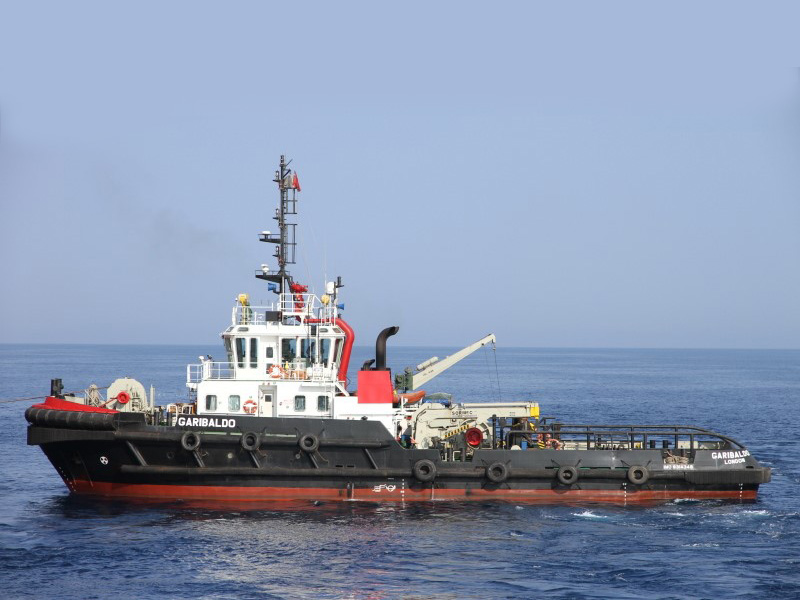 Posted at 14:56h in News by Vernicos Tugs
Share

PIRAEUS, Greece December 7, 2022 – Vernicos Scafi Tugs and Salvage Maritime Co., a Greek Towage and Salvage operator in Greece/East Med/Black Sea/Red Sea, announced the purchase of the high spec Z-Drive tug ‘’Garibaldo’’, one of the most powerful tugs in Eastern Mediterranean. Garibaldo is expected to be delivered in Venice between 1-10 January 2022.

ASD ‘’Garibaldo’’, built in 2005, can deliver about 80 tons of bollard pull, with its high power and maneuverability making it capable to provide both high quality harbor and deep-sea towage services. It holds Fire Fighting 1 and Oil Recovery Notations, has a 205 m3 Oil Recovery capacity and is outfitted with S.S. coils for heavy fuel and built-in oil recovery pumps.

Vernicos Scafi Management commented: “Almost a year after the delivery of T/B Vernicos Scafi One, the first investment after we joined our forces with Scafi Società di Navigazione S.p.A (Scafi), and few months after the joint-acquisition with Med Tugs of “Stavros Karapiperis Salvage and Towage Co”, a tug owning company with history of more than fifty years, Vernicos Scafi is strengthening its position with the acquisition of another unique multipurpose ASD tug, which is expected to become the most powerful harbor tug in Greece. This acquisition, will expand the Group’s salvage presence in Greece and worldwide and will also add value to the fleet of our joint venture in Med Tugs.

Vernicos Scafi Tugs and Salvage Maritime Co. operates mainly in Piraeus area, but is also active in Thessaloniki, as well as in other ports (East Med/Black Sea/Red Sea, Patras, Lavrion, Mykonos and Katakolon). The current fleet of the Company, after the joint-acquisition of Karapiperis’ tugs and the acquisition of T/B Garibaldo is in total 52 tugs.